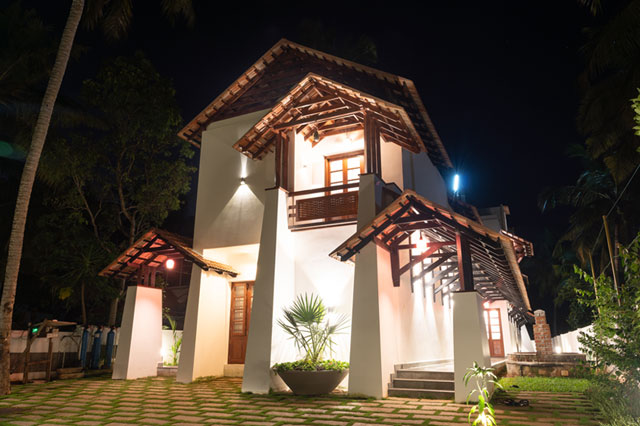 Ayurveda originated from Kerala thousands of years ago and it helps to lead a healthy living by adopting the right food, right plant medicines and yoga practise. The abundance of medicinal plants, best Ayurveda doctors, therapists and quality Ayurveda retreats in makes Kerala the best place in the world to do Ayurveda and yoga.

Importance of Ayurveda in our life

Fundamental Principles of Ayurveda: Ayurveda has emphasized the view that man is miniature of nature. This means that principles that are present in universe are also present in man. Everything in this universe has been created after the combination of Purusha or pure consciousness and Prakruti or Great Nature. Then triganas are formed. They are called as sattva, Rajas and Tamas.

Sattva is light or intelligence, Rajas is turbulence, motion or action while Tamas is inertia or darkness. These are the three primary and Omnipresent Qualities at work behind all material substanees in the Universe, the contribution of these three nonmaterial constments is asential for the evolution of universe.

The basic material constitients exist in Universe and man are called Panchakarmabhuta or five great elements. The original substance of this group pervades the entire Universe and is not observable hene it is called as great dement(mahabhuta). These elements are nothing but etheric, gaseous, radiant, fluid and solid states of the matter. As long as these elements are in equilibrium the functions in Universe as well as man are in proper order.

Ayurvedic suentist observed that there is similarity between functions in universe and man. There are three main causative factors in the Universe, Sun, Moon and the wind. Sun represents the energy of conversion. Moon represents the energy that keeps the molecules together and helps to grow. Wind represents the energy that is responsible for all the movements. All there functions present in man. They are called doshas or biological humors, which control all the functions in the man. They are known as the Vata, Pitta and Kapha. Almost all oriental medicine aim at achieving the balance of energies in the body. Harmoney is health and disharmony is disease.

Most of us have many levels of toxins accumulated over a lifetime of indiscretions, all of which cannot be released at once lest they overwhelm the excretory organs and ravage the mind. Your mind and body become habituated to these poison, which have become part of the equilibrium equation. Removing them all at once would seriously imbalance your physical body and confuse your mind so that you no longer felt like yourself. We must respect our Body’s wisdom and permit it to release it’s toxins. Ayurveda favours gradual over sudden cure to protect your identity, which controls your immune system. Even medical treatment should never be stopped abruptly, but only gradually to give the system time to acclimatize itself to living without a medical crutch. Because the large number and variety of stresses to which we are exposed, no one factor can be pointed to as the cause. When either disease or cause is unsure, treatment can still proceed according to the general treatment for the doshas involved, since the doshas are the prime causes of physical health and disease.

Ayurveda suggests that while undergoing treatments one should be vegetarian and food should be healthy , freshly cooked and easily digestible. Fresh organic food contains the maximum natural vitamins No preserved food or artificial colouring is used in any of our Dishes. Absolutely no cream or nut paste is used and just the right amount of oil is used, only what is essential for the body and mind.

Why should I use Ayurveda for my health issues?

Ayurveda is a holistic system of medicine. It always treats the root cause of disease. It balances both physical and mental health and makes the body function with maximum efficiency. Ayurveda treatments always aim at cleansing, detoxifying and strengthening our body tissues. In an Ayurveda treatment you would be fed with the right kind of food which suits your body nature. food is considered as a medicine in Ayurveda. We should choose food as per the body‘s dosha type. If not eating according to the prakriti of each individual, it will results in indigestion. The undigested food creates ama or toxins in our body. These toxins affect the immunity and cellular metabolism, which eventually results in disease. So when you treat your disease with Ayurveda you treat the root cause of disease not the symptoms. In addition to all these yoga along with meditation calms down your mind.

What are the benefits of choosing Ayurveda than other treatment methods?

Ayurveda consider each person with a unique body constitution. It always aim at treating the cause of the disease as well as the symptoms. The treatment is to purify the body from all the toxins accumulated due to disease or wrong lifestyle. The oil massage is really a stress reliever for you. Yoga and meditation along with the treatment gives you both physical and mental wellness. In Ayurveda treatment the diet is designed according to the disease condition and body prakriti of each patient. So the food will be unique and different for each person. The whole treatment along with a lifestyle change together eliminate all disease causing conditions for your body. So if you follow the lifestyle changes along with food habits there won’t be any reoccurrence of disease.

Do I get fast relief from my disease after Ayurveda treatment?

Ayurveda treatment focuses on accurate diagnosis of the disease rather than quick recovery. All ayurvedic medicines are made from naturally occurring herbs. So there won’t be any side effects for the treatment if done under the supervision of an experienced doctor. Since the root cause of the disease is detected the treatment will be accurate. Ayurveda is treating the cause of disease and not the symptoms. So the recovery of health is stable. Once you follow the correct treatment there won’t be any reappearance of disease. So in Ayurveda cure of disease is more important than rapid results from treatment.

Do the benefits of doing Ayurveda stay longer?

Yes the benefits stay longer than any other mode of treatment because in Ayurveda the cause of disease is detected correctly. When the imbalanced dosha is detected and treated properly there will not be any reappearance of disease. If you follow the new lifestyle changes in food, exercise and daily routine, the results of treatment will last for ever. All the ayurvedic treatments are designed in a way to promote the balance of doshas in our body. When all three doshas are balanced it supports both mental and physical health.

Why should I choose Kerala for Ayurveda treatment?